I don’t know about your feeds, but partners, marriages, and children were by the far the most popular subjects from the Facebook 10th anniversary look back videos on my news feed. Although animals, trips, job announcements, and partying also featured prominently, it almost felt like your video didn’t have a narrative without the family-making progression. A friend of mine, who recently got divorced, commented “Facebook should automate a ‘look forward’ video for anyone who has changed their marital status.”

Facebook, hats off to you. The mirror is striking.

And for transparency’s sake, here’s my video. I must say, it’s basically an account of my life before and after I met my boyfriend: 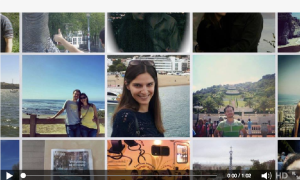 What do you think of the look back videos?